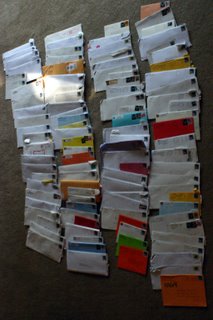 I want to thank everyone for their support. As you can see Dustin got a lot of support and after talking with him I know that it made a big difference. Thanks!!!!!

Well this morning I dropped him off at the airport and he is on his way back to California. He has 8 weeks at Camp Pendelton for additional training and then he will get assigned his duty station. He is still hoping that he will have an opportunity to go Recon. We will have to wait and see. His 10 day leave really went by fast but we had a lot of time to talk and I am proud to say the Marines have improved an already super kid. While he was here he bought a phone and we will be able to keep in touch with him. If anyone would like his number just drop me an email and I will get it to you.

Morgan is changing schools this week. Today is her first day. She wanted to attend the last part of this year before starting High School next year. Morgan's grades are unbelievable. I am so proud of her hard work and self disciplined study. She earns her great grades. Tonight after going to her new school she will be playing softball against her new school mates. We will see how that goes. Keep you posted.

I must report on how Paula held up. Earlier I told you she had to be a saint to be able to put up with me but we would see. Well I am here to say she is and the simple fact that I am still alive is proof. I can even get on my own nerves sometimes let alone someone else.

Thanks again to everyone!
GK
Posted by Kellys at 7:30 AM 4 comments: 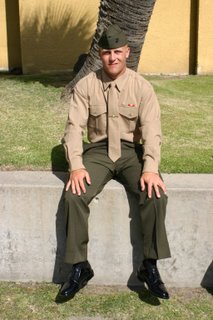 Family Day was great!!!! When we got to the MCRD at 7:00 am, the soon-to-be Marines were on the Parade Grounds practicing for graduation tomorrow. Dustin was about 300 yards away and we were able to find him out of about 350 recruits. It was great. At 9:40, all the recruits lined up right in front of us to start their 4 mile stroll. He was only feet away. Of course, he was not allowed to acknowledge anyone. They started the run and they made a pass right by us about 10 minutes after they started. As you can see, he did see us (problems with picture download-picture to come).

We went to lunch after he became a Marine. We ate at a buffet at a restaurant on base. We were able to keep him from scarfing in 5 minutes. We sat there about an hour talking and he then went for seconds. It was so funny watching these young guys later eat candy. They haven't had anything like it for almost 13 weeks. I am sure some of the bathrooms will get a lot of use tonight. You would think they were eating gold!!!!! Lifes simple pleasures have taken on a new meaning for these young men.

Dustin left as a boy and after visiting with him for 4 hours today, he is definitely a young man that has had an awakening. Things matter. It is a beautiful transforation. He has grown up and he is seeing life thru different eyes. It is great talking to him.

As you can see, he looks great (check out the BC glasses). All we wanted to do was just sit and talk and that is mostly what we did.

Tomorrow, Graduation is at 10 am and by Noon, he will finally be ours for 10 days. I really do not think any of these young men will sleep much tonight. It was such a wonderful sight and feeling seeing all the young Marines and their families. Everyone was so nice and excited. Truly proud to be Americans. All these young boys believe in Honor, Courage, and Discipline. It all matters and is important. Such a sharp contrast to so many young people in our society today. Dustin has found a new set of brothers.
Posted by Kellys at 8:12 PM 1 comment:

I am Still Alive 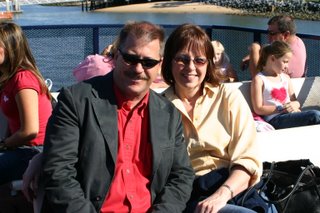 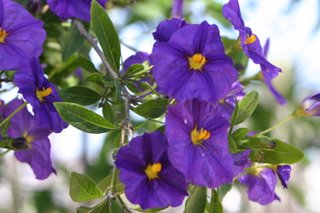 Well we made it through another day. Paula does not act as if she is about to kill me yet. I personally think she must be a saint to be able to put up with me for over 24 hours at one time. We will see just how saintly she really is by Sunday afternoon.

Well tomorrow we are leaving the hotel at 6:30 for the MCRD. We should be there in time to see them run their last 3 or 4 mile run. At Noon family day starts. We are not going to venture too far from the base because if Dustin is late at all he will get to enjoy Boot Camp one more week. Update tomorrow. Oh let me tell you the flora is wonderful!!!!!! He I am not dumb all the time.

We saw the ship that they filmed the Russell Crow Movie, Master and Commander. It is in a museum. There is so much to do here and it may be good to get back to work so I can get some rest.

Having a great time in San Diego,
Greg and Paula
Posted by Kellys at 9:50 PM 1 comment: 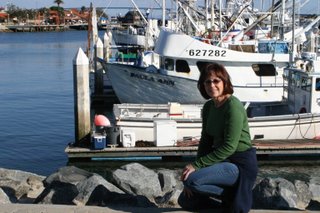 Well we got here yesterday and the weather could not be any better. We walked up and down Harbor Street. Paula found her boat as you can see and we found a nice restaurant and ate Oregon Oysters. They were really great. Of course they should have been as expensive as they were but I hope they did not run out because we are going back for more today.

Paula and I have all day today for ourselves. We are going exploring. Tomorrow is family day and we will get to spend half the day with Dustin and Graduation is Friday.

Oh by the way. I got in trouble yesterday for hurrying Paula. She wanted to spend more time looking at and studying the Flora and Fauna!!!! It is pretty! 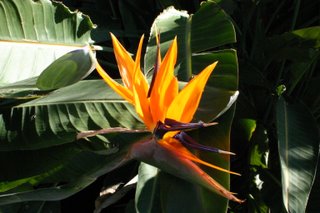